Are you looking for a nail fungus natural remedy? You are not alone!

Toenail fungus is a common and stubborn condition with an accurate reputation of being difficult to treat. Now more so than ever before, people are trying to avoid prescription medications, especially those that could cause serious side effects. As a result, many of us are actively looking for a natural remedy as an alternative to prescription drugs.

A nail fungus natural remedy, which aims to cure the problem using supposedly safer methods, may involve everything from common household products to natural ingredients to over the counter (OTC) treatments. But the real question is: which option offers the greatest chance for success? 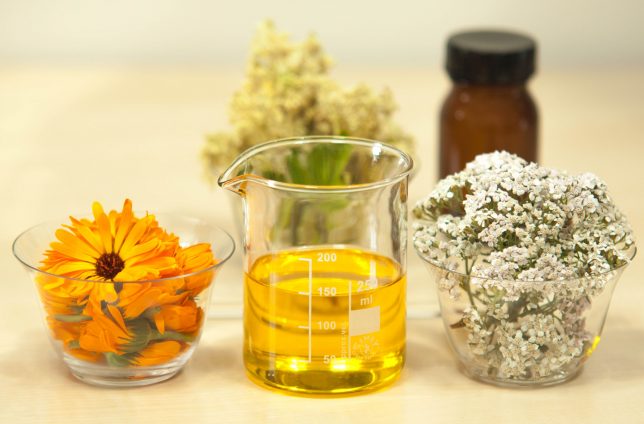 You may have read or heard about natural remedies for nail fungus that involve using ordinary ingredients found around the house. Some of the most often used remedies include slathering the feet and nails with Vicks VapoRub, a product intended for the treatment of head and chest colds, for months at a time, or soaking the feet several times a day in Listerine mouthwash also for months on end. While Vicks and Listerine are hardly “natural” products they are still viewed upon as a gentler alternative to prescription drugs, which helps to explain their popularity.

Other remedies call for applying aloe vera gel directly to the affected nails or soaking the feet in alcohol based mouthwash, beer, or vinegar, which, as you might imagine, will require quite a lot of mouthwash, beer, and vinegar.

Naturally, any toenail fungus natural remedy you consider should be approached with great caution as even seemingly harmless ingredients can cause side effects of varying degrees. Essential oils may cause allergic reactions and some treatments may cause a drying effect on the skin leading to other problems. Also, some “natural” remedies are downright dangerous such as soaking the feet in chlorine bleach. Bleach is highly corrosive and will cause serious damage to the skin, not to mention the risk of inhaling harmful fumes while soaking the feet.

When trying to determine which OTC treatments may be the most effective, those with gentle and natural ingredients used strictly as recommended may be far more effective than those laden with chemicals as well as questionable home remedies with “natural” ingredients.

Using OTC products in therapeutic dosages as a natural cure for toenail fungus can also help you get rid of toenail fungus faster and more effectively than using natural or household ingredients alone, some of which may cause side effects, something few people think about. However, again you must be careful about which products you choose as some marketed as natural remedies for nail fungus aren’t as effective as they claim or seem to be.

The best nail fungus natural remedy for you is one that you feel comfortable using and one that you have researched carefully weighing both the pros and the cons. Not only is toenail fungus difficult to cure if left untreated but some methods call for ingredients that can be rather costly over time, making it even more important to have a good picture of all types of treatments before committing to one kind or another.

>> What are the best toenail fungus treatments?