People of all ages can be affected by split nails and split toenails and the reasons may vary, although the overwhelming cause for the condition is stubborn nail fungus. Nail fungus is incredibly easy to get but unfortunately very difficult to treat successfully. When fungus invades the nails along with all the other possible causes for split nails, embarrassing and unhealthy fingernails and toenails are the result.

So what can we do to combat this rather common but annoying problem and enjoy nicer looking nails?

The most common split nail causes include nail fungal infections, overexposure to water or moisture, nails that are too dry, exposure to harsh chemicals, repeatedly polishing the nails, and in some cases, a vitamin deficiency or malnutrition. Even ordinary bathing, swimming, and washing the dishes can all wreak havoc on split nails especially when the hands and feet are not taken care of properly afterward.

Fingernails grow rather slowly as it is and a split nail never has the chance to grow to the usual two to three millimeters a month due to the breaking, cracking, flaking, and peeling that occurs from fungus or damage to the nail bed. It can take six months or more to re-grow an entire nail from the cuticle to the tip so it’s important to treat your affected nails before symptoms worsen.

Effective split nail repair always begins with treating the primary cause for the splitting, cracking, and breakage. There are a few prescription medications as well as over-the-counter treatments for treating a split toenail caused by fungus although the former may cause serious side effects while the latter does little to address the cause of the problem.

Antifungal foot powders, creams, ointments, and sprays are widely available and they may help stop symptoms from worsening and help to control the spread of the fungal infection for some people although treatment is time consuming and can become rather costly.

For repairing split toenails infected with fungus many are opting for home remedies to avoid harmful side effects such as soaking the feet or hands in ordinary vinegar, which is known to have antiseptic qualities. Others swear by using beer, Listerine mouthwash, or the all natural tea tree oil, which is both an antimicrobial and an antifungal agent.

You will also want to take active steps to keep your splitting or breaking nails from becoming worse. Switch to a milder soap that contains moisturizer and make sure your split nails are kept neat and trim, regularly filed, and also kept free of rough edges to avoid snags or cutting into your shoes. If a split toenail gets caught on your socks, clothing, or even the carpeting you run the risk of painfully losing the entire nail.

Although split nails are indeed bothersome they aren’t impossible to fix provided you realize treatment takes time and you must be consistent in your efforts to cure the problem. For some people, a combination of methods works best but make sure you are administering the correct type of treatment based on an accurate diagnosis of the cause of your splitting nails for the most favorable results.

For healthy nails learn more about:

Brittle nails – what to do?

How to get rid of toenail fungus fast 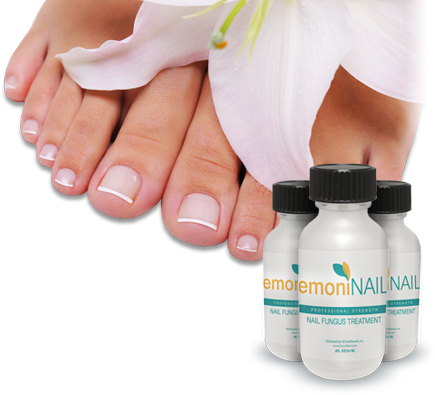